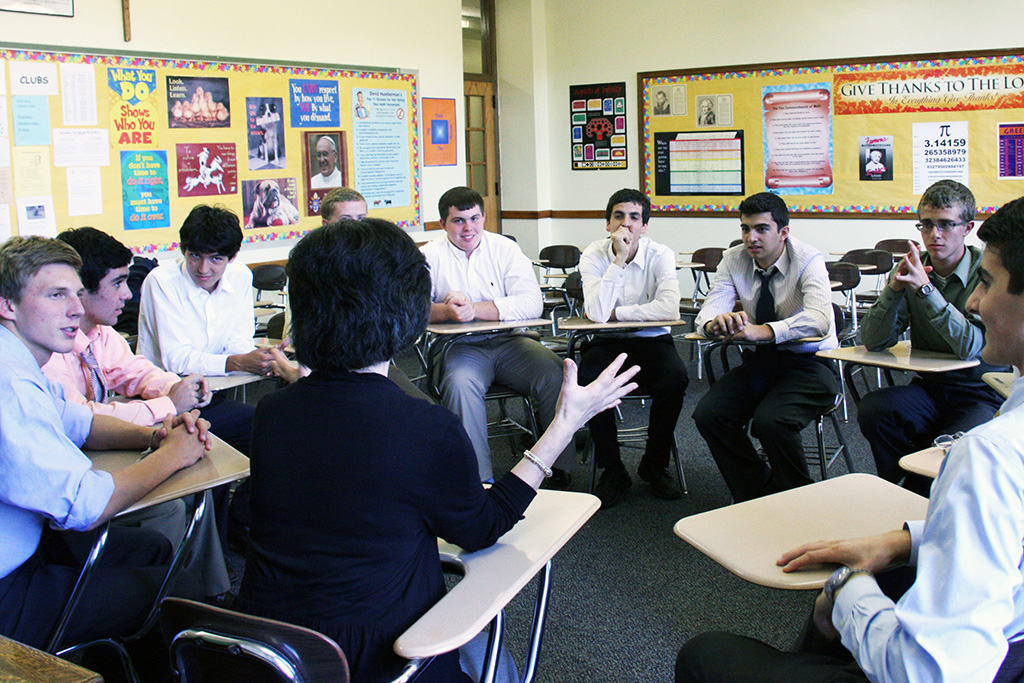 In post-revolutionary France, Fr. Chaminade established the Sodality -- a group which discussed the future of the Church and the young people who formed the Church. Henry Rousseau described a Sodality as a community of Christians "who endeavor by frequent gatherings to have but one heart and one soul, to form but one family."

With that in mind, the Sodality of Our Lady of the Pillar is an organization whose purpose is:

a) To foster a greater awareness of oneself as a Christian,
b) To develop a greater sense of community among its members,
c) To promote among the members of the group an interchange of ideas and practices, and
d) To acquire a deeper knowledge of Christ and Mary by studying and discussing the Scriptures.

These purposes are achieved through the following:

a) The weekly meetings of the group, usually held on a Monday afternoon from 3:10 until 3:40 p.m. No other activity meets during this time period;
b) A personal interview with the Moderator of the group;
c) Participation in one of the programs at Meribah, the Chaminade retreat house; school-wide prayer services; and in the various Sodality Days of Recollection;
d) Participation in some form of apostolic activity.

Membership in Sodality is open to all students. The groups will be organized according to division by the Director of Sodality.