So proud to wear the Crimson and the Gold!

Chaminade athletes are collectively known as the Flyers. The etymology of the name is two-fold; the Flyers pay tribute to Long Island's significant aviation history, including serving as the landing sites of the first non-stop transcontinental and solo transatlantic crossings. Students may participate on a number of interscholastic teams during three annual seasons.

A concussion is a diagnosed traumatic brain injury (TBI) causing a disruption in the normal function of the brain that can be caused by a bump, blow, or jolt to the head, or penetrating head injury.

In the event a student is diagnosed with a concussion or a concussion is suspected, please note the following procedures:

For more information on concussion visit:

Parents of athletes are asked to complete an athletic eligibility form here. If you have more than one son at Chaminade, the school will need a separate form completed for each son. At the end of the form, click to submit another form.

Please read on for a notice from the Nassau Suffolk Catholic High School Boys and Girls Athletic Association regarding spectatorship at sporting events: 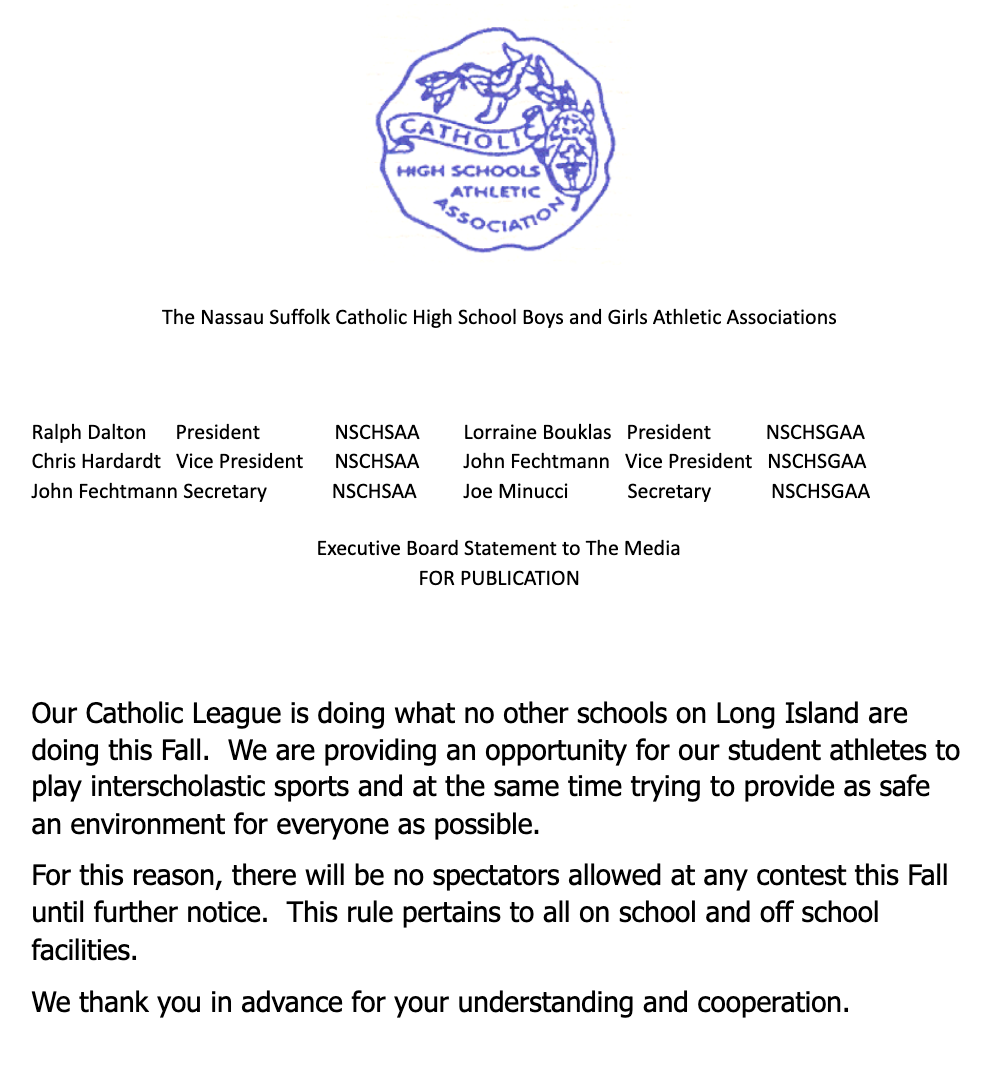