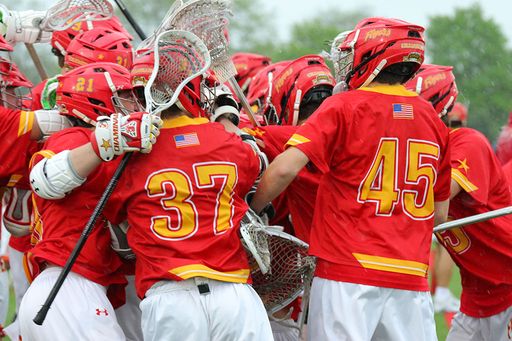 It was a nail-biter until the bitter end. But, with three seconds left in the game, the Chaminade Flyers varsity lacrosse team earned the Nassau-Suffolk Catholic High Schools Athletic Association (NSCHSAA) title.

The game began Tuesday against the St. Anthony's High School Friars and reached halftime before severe thunderstorms caused a delay. Coming back to Mitchell Field Wednesday with an 8-8 tie to finish the second half, St. Anthony's came into the lead. The Flyers responded, and Pat Kavanagh '18 saved the day with a last-second score.

Newsday's Bob Herzog had the story in the Thursday morning paper.

Our Flyers will advance to the CHSAA downstate tournament on Friday, May 25.