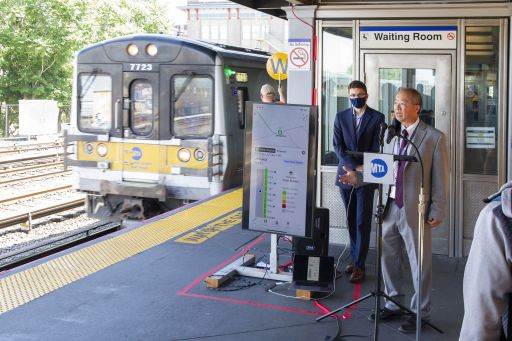 Chaminade alumnus, Ryan O'Conner '19 (University of Michigan '23), has been working with the MTA LIRR to rethink possible when it comes to the ever-useful TrainTime iOS and Android app, which launched on Tuesday. "Transit is something that really excites me, and this project was especially important to me because taking the train is something that many Chaminade students and alumni rely on. It can be frustrating when things don't go as planned, and there isn't much information. People often dread taking the train because of these unknowns, but this app aims to solve that, and more ⁠— such as simply finding a seat after a long day of work," said O'Conner.

Read on, for more details about the project:

(The old) TrainTime has been provided for free on both iOS and Android app stores by the MTA LIRR for many years, and provided a reliable trip planning interface to, at peak, 70K commuters a day. However, without seeing a major redesign since 2014, the app was in need of a refresh to provide more data, and accurately.

On Tuesday, June 16, 2020, the Long Island Rail Road announced a brand new version of TrainTime. The major new features include:

O'Connor said of his work with the MTA LIRR, "it has been invaluable to apply my knowledge in designing this app to something with such a large scale and impact, but also work alongside my teammates who are thinking of many groundbreaking applications of data and computer science, some of which you won't see anywhere across the country."

Download the App Store in the iTunes Store or on Google Play today.
Powered by Finalsite