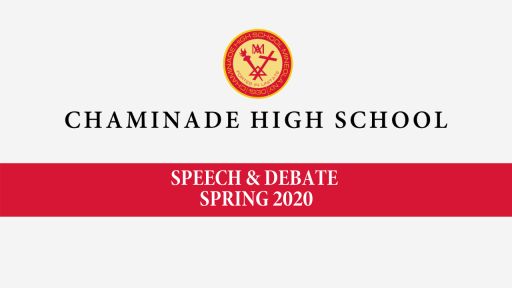 When the COVID-19 (coronavirus) pandemic exploded in the state of New York, it drastically changed how the Speech & Debate Team would move forward with our spring competitions. We had to quickly pivot and prepare for virtual competitions, rather than our usual in-person format — and we are proud to announce our talented Flyers were able to rethink possible and finish out the year on a high note!

We are so proud of what our young men have accomplished this year, especially during such difficult times.