From the earliest days of its foundation, two characteristics have distinguished the Society of Mary and its works: dedication to the Blessed Virgin Mary and family spirit. Chaminade High School too has been founded on these characteristic virtues. Family spirit, that quality of life which brings together parents, students, and faculty in a single task, has motivated and enlivened the development of Chaminade High School for the past eight decades. The person of Mary, the Mother of God and the Mother of the Church, has been for all the members of the Chaminade Family the source of their hope and encouragement as they sought to proclaim the Gospel of the Lord. 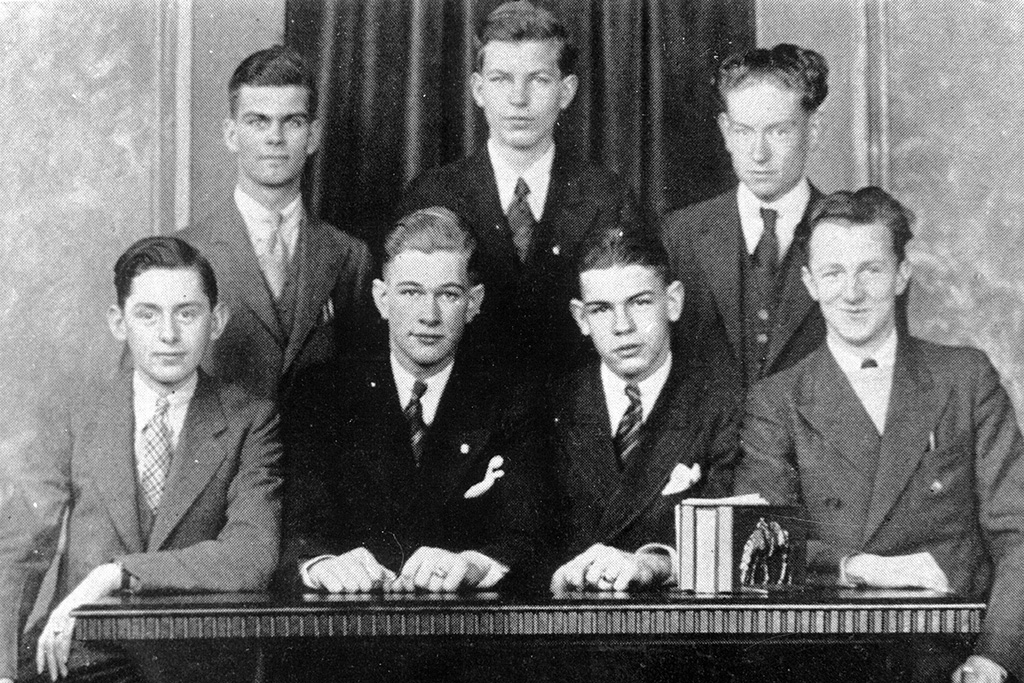 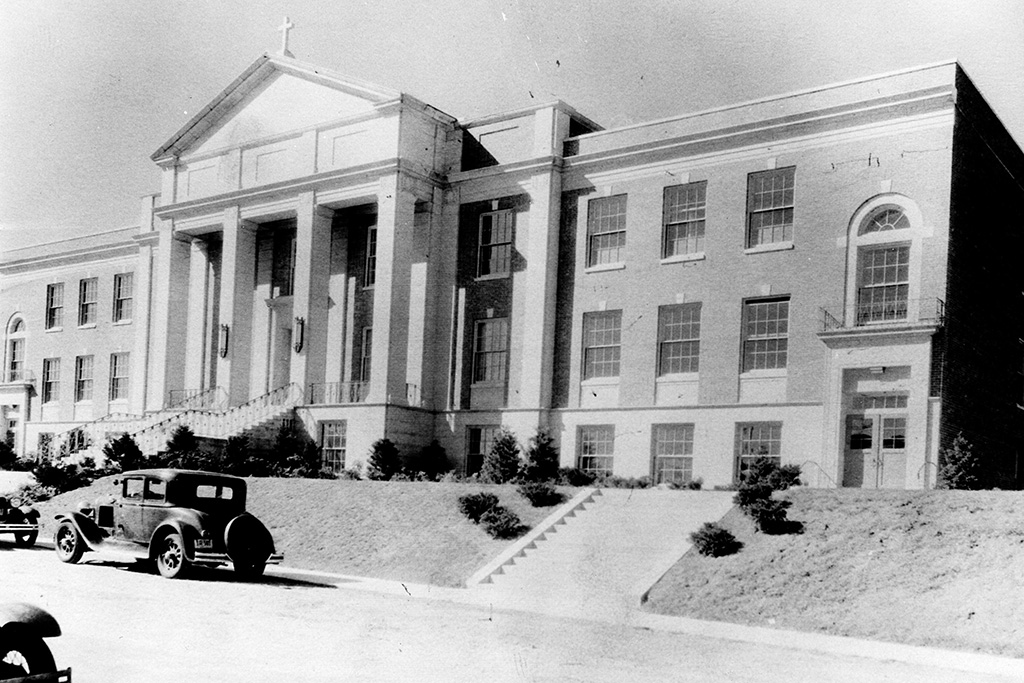 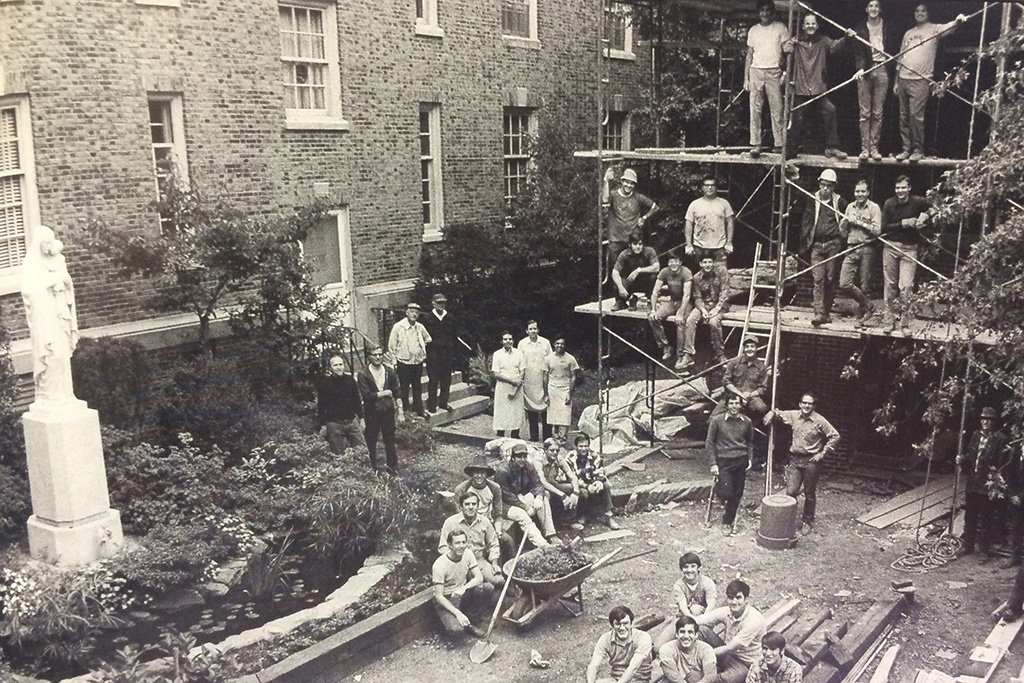 1932 -- Chaminade accredited by the University of the State of New York. The Chaminade Alumni Association founded; Harry Lee serves as its first president.

1947 -- May 1, dedication by the Most Rev. Thomas E. Molloy, S.T.D., of the statue of the Blessed Virgin Mary located in the courtyard and donated by the Sodality.

1950 -- May 6 , Centenary Celebration of the death of the Venerable William Joseph Chaminade, founder of the Society of Mary, and the coming of the Marianists to the United States.

1953 -- May 3, dedication of the west wing of the school and of the new wing of the Faculty Residence, including the Chapel of Our Lady's Assumption.

1955 -- Celebration of the 25th anniversary of Chaminade.

1968 -- The Chapel of Our Lady's Assumption liturgically reappointed according to the guidelines of the Second Vatican Council.

1969 -- A storage building erected on the north-east corner of the property, the front of the school re-landscaped and the Guidance Center expanded and renovated.

1980 -- June 15, the field along Jericho Turnpike named in honor of Bro. Louis J. Faerber, S.M. The 50th anniversary year concludes with the Chaminade Family rededicating itself to the goals of Catholic education.

1999 -- July 16, Bro. Joseph Bellizzi, S.M., named principal. Chaminade celebrates the sesquicentenial (150 years) of the death of Fr. Chaminade and the arrival of the first Marianists in the U.S. At the same time, the school celebrates 70 years of providing a Catholic education to the young men of Long Island.

2000 -- September 3, Fr. William Joseph Chaminade, Founder of the Marianists, is beatified by Pope John Paul II; September 28, Founder's Hollow, a Marianist residence in Accord, Ulster County, purchased by the Province of Meribah.

2001 -- July 5, purchase of 388 Jericho Turnpike and relocation of Print Shop in this facility; September 13, mosaic of Blessed William Joseph Chaminade in lobby of Darby Auditorium is dedicated.

2015 -- May 18, Dedication of the Marian Cross at Gold Star Stadium; June 14, dedication of Saragossa Retreat Center.

2018 -- May 20, Opening of the Dolan Family Science, Technology, and Research Center. 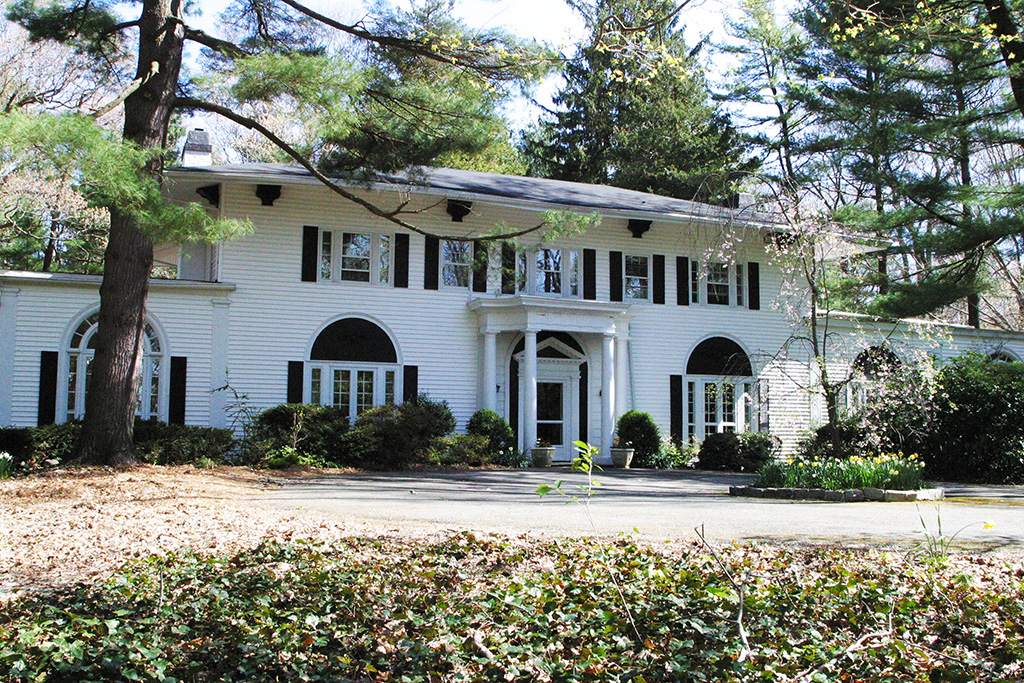 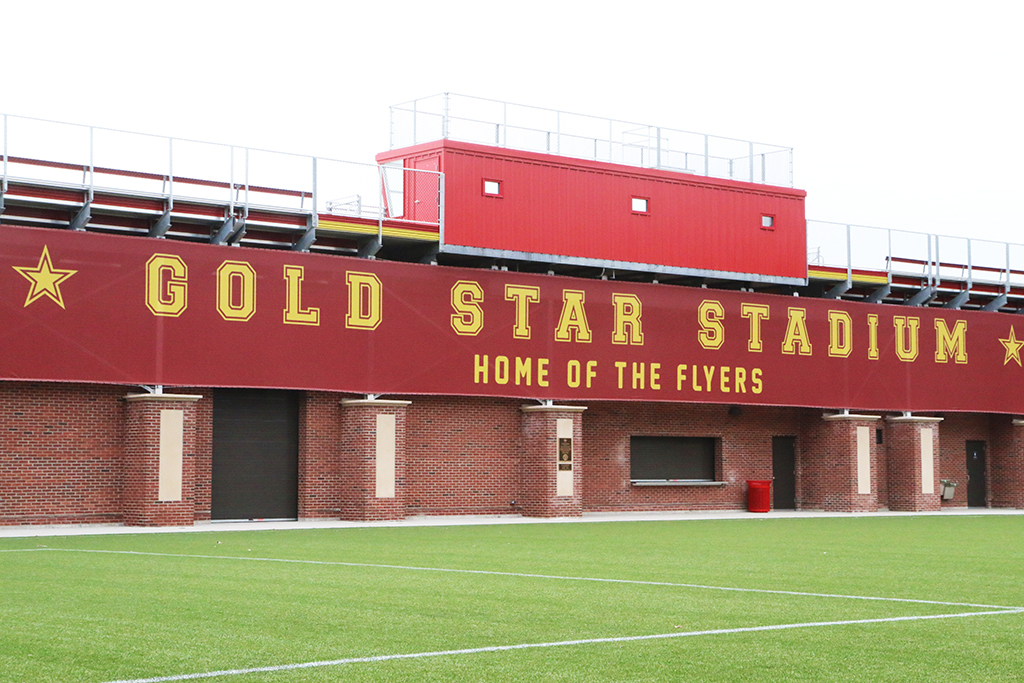